In March 2019 things changed within this ongoing saga with Colin Hill "giving up" ownership of the Pleasurama site. 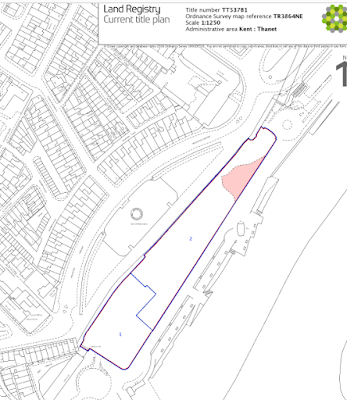 Well at least on paper he has.
In March Martin Carlo Rigden became the person with significant control at least according to Companies house.
In reality Colin Hill still retains control by virtue of two legal charges he holds over the controlling company "RAMSGATE DEVELOPMENT COMPANY LIMITED" (09422758) details provided here. 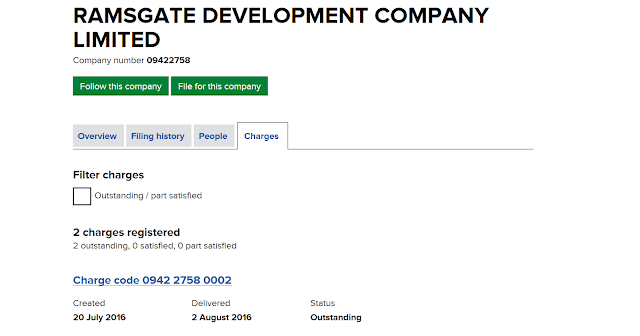 So nothing changes and even after 21 years it seems we await TDC taking back control of the site. Whether they have either the money or even the will to listen to the people of Ramsgate only time will tell. Certainly nothing will happen until the Development Agreement drawn up by the UKIP administration in 2016 hits the long stop date sometime in 2020. The main issue with this DA is the fact the details were never published so whatever the agreement it is shrouded in secrecy and details are locked away. That there is a deal is undisputed as the Land Registry notes TDC's involvement in the land to this date.

Here is the full title deeds 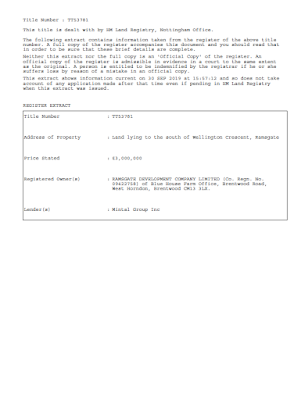 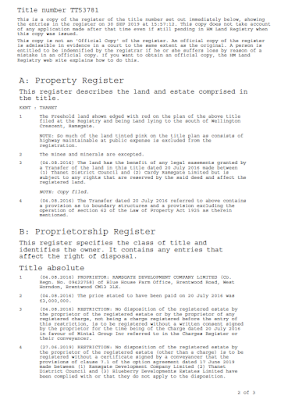 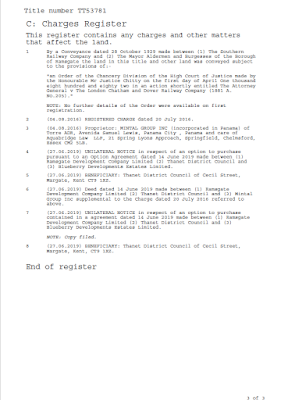 why do these things always have to take so long, with the new wetherspoons, using this wasteland would make Ramsgate amazing