A new decade has arrived and with it the news that the Pleasurama site has a new (old) owner. The owner of the freehold is Ltd Company Ramsgate Development Co Ltd which up to November 2019 was owned by Colin Hill who used his puppet retired accountant as owner of the 100 shares, however as of the 3rd November 2019 these shares were transferred to Martin Carlo Rigden making him not only the lead director but sole owner of the Ltd Company. 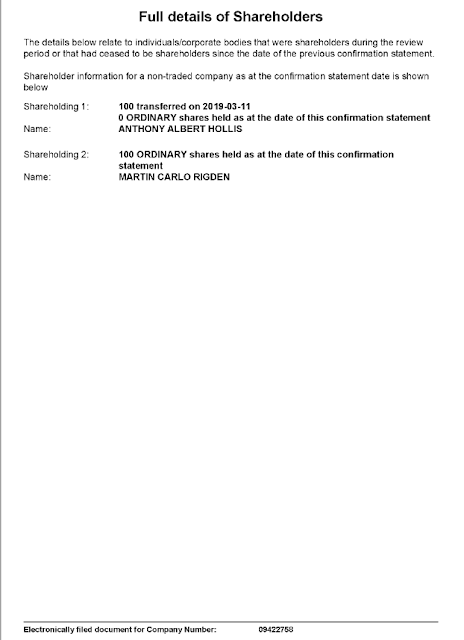 At the same time the charge imposed by the Mintal Group (actually Colin Hill again) was satisfied in full. This implies that £3,434,346 was paid to Colin Hill by the new owner to give Martin Rigden clear title to the freehold 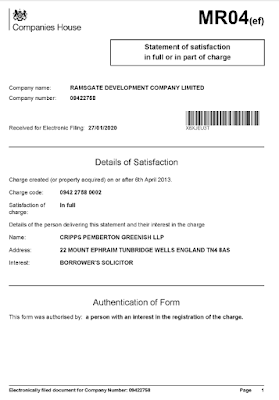 However what also seems to have happened is the money spent on the site is now in excess of £11M which seems to be an extraordinary sum considering what has really been spent on it over the years. 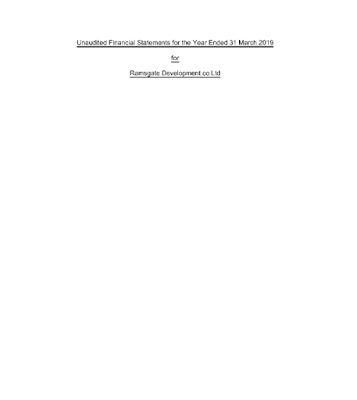 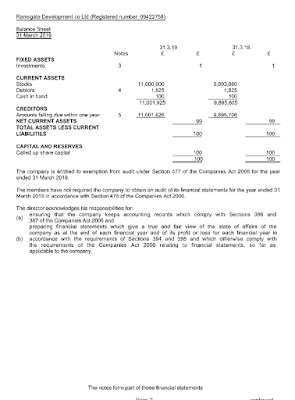 Expenditure
In 2013 I wrote a blogpost (read it here) which laid out the known expenditure :-


Since then (bar maintenance) the only known maintenance on the site is the cost of the site obelisks which according to Cardy weren't paid for from Colin Hill's funds (this amount was in the region of £750K according to the sub-contractor who did the actual work.

Then in 2016 Ramsgate Development Co Ltd bought the freehold for £3M however they didn't actually pay this amount as the deposit of £1M was deducted, the interest on said deposit was deducted as was the cost of the 3x199 year leases @ £550K meaning just under £2M was paid over.

That makes a figure of around £5M and not the £11M that appears in the current accounts.
Posted by God help us at 18:10